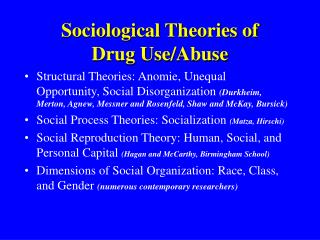 Drug Free Workplace - . the facts about drugs. 1. 6% of the population over 12 years old has used drugs in the past 30

Grand Theories of International Security - . the twentieth century. the case for theories of ir. every decision maker

Theories of Development - The developing person through childhood and adolescence by kathleen stassen berger. seventh