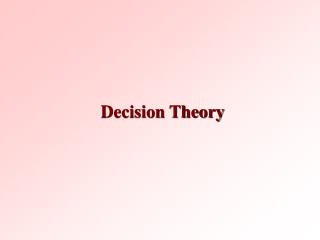 Decision Theory Introduction What makes the difference between good and bad decisions? Good decisions may be defined as: Based on logic, Considered all possible decision alternatives, Examined all available information about future, and Applied decision modeling approach.