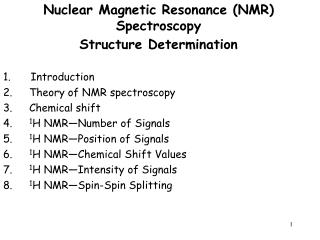 Spectroscopic Studies of a Caged Cobalt Complex - . emma morrison advanced inorganic laboratory. the purpose of this

SPECTROSCOPY OVERVIEW - . this cycle is directed to astronomers develops through a logical path which goes from