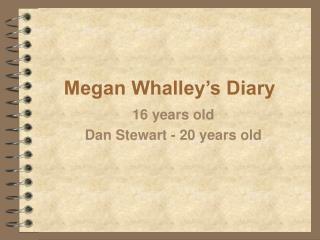 The Ten Plagues of Egypt - . newsflashes!. what to do. you will be given one of the following characters. pharaoh moses

Diary of a Wimpy Kid - . how to write a diary. teaching flow. introduce the books. dear diary,. mom asked me to keep a