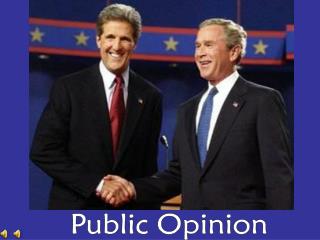 Public Opinion. What is Public Opinion?. Public Opinion : poorly understood used to state where the American people stand on issues used most often by politicians to say “the people” want or don’t want something American views are diverse… no undivided,