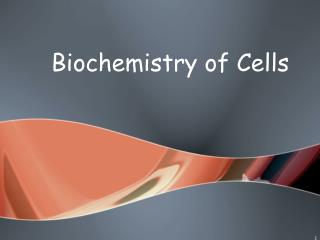 Biochemistry of Cells. What you need to learn…. Why carbon? Name the 4 macromolecules Know the building block or monomer of each. Know their functions Know examples of each. Know what dehydration synthesis and hydrolysis are. Understand some properties of these molecules. BIOCHEMISTRY - . our targets: explain life processes in the molecular level success in tests and exams prepare for the

Biochemistry II: Binding of ligands to a macromolecule (or the secret of life itself...)

BIOCHEMISTRY LECTURES - . figure 10-2 2. stages in the extraction of energy from foodstuffs. enzyme is inhibited by