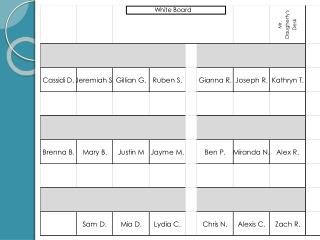 High-Impact Bible Study - . how to gain deeper insight in shorter time for greater

Jr. High Nishnabotna Basketball shirts - Orders are due november 10 th . all money must be turned in when you place your

Heppner Jr / Sr High School - . credit for proficiency in the classroom (c4p) clearing up the target!. t he target?.