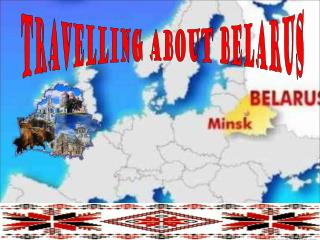 Facts about travelling - Some interesting facts about

TRAVELLING ABOUT MOSCOW - . the cathedral of christ of saviour – st.paul’s cathedral. the kremlin - the tower of

6 Intriguing Facts about Belarus - If you have been planning to visit belarus sooner or later, it is essential to

Travelling - These ittakes2 to travel tips will help you always know how to travel cheaper, better, longer, and smarter.

Travelling - . my favourite means of transport is car. it is very fast and comfortable means. it can be used for short

travelling - . welcome to russia. the russians are known as a hospitable people. according to old traditions, a guest