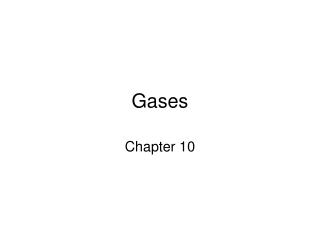 Gases. Chapter 10. Characteristics of Gases. Expand to fill a volume (expandability) Compressible Readily forms homogeneous mixtures with other gases Have extremely low densities. These behaviors are due to large distances between the gas molecules. F A. P =. Pressure.