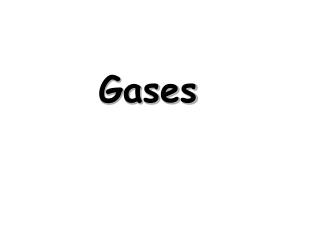 Gases. Ideal Gases. Ideal gases are imaginary gases that perfectly fit all of the assumptions of the kinetic molecular theory. Gases consist of tiny particles that are far apart relative to their size. Collisions between gas particles and between