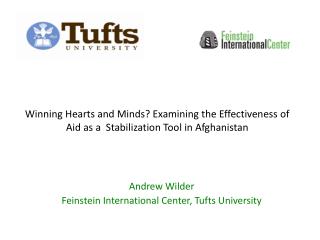 Winson Tang Graduate of Tufts University - Winson tang is a clinical scientist and physician. he graduated from tufts

Billy Wilder - . his birth name was samuel wilder. facts about billy wilder. he was born on 22 june 1906. he was the son

Thornton Wilder - . born in madison, wisc in 1897 spent much time in china (far east) during his childhood

Tufts OpenCourseWare - . tusk and ocw at tufts… how we do it and faculty response. susan albright director, tusk