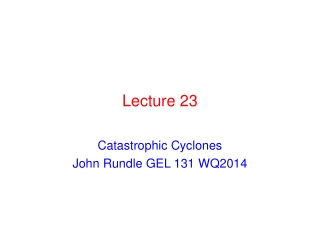 Rebuilding Motivation for School Following Conflict and Disaster - . lessons from liberia and katrina. goals of the

Migration and Disasters From the Great Fire of London to the Fukushima Disaster - . environment and migration. the

Session 10 Disaster Mitigation - . public administration and emergency management. objectives. at the end of this