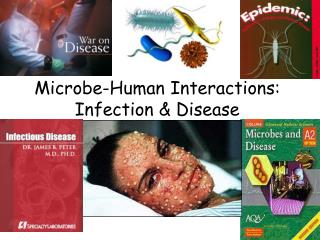 Microbe-Human Interactions: Infection & Disease. Koch’s. I. Introduction A. Recall _______ Postulates (experimental steps to establish the microbe that causes a disease) 1. isolate a pathogen from a diseased host & grow pathogen in pure culture Pre-cancer and malignant disease of vulva - . ma 張簡展照. international society for the study of vulvar disease.

Chapter 14 Evolution and human health - . the germ theory of disease was one of the most important breakthroughs in

HIV/AIDS in children - . plan of the lecture. the etiology of hiv infection, history of the hiv discovery hiv infection e

Infection of the foetus and newborn - . professor m. cafferkey consultant microbiologist, the rotunda. consequences of