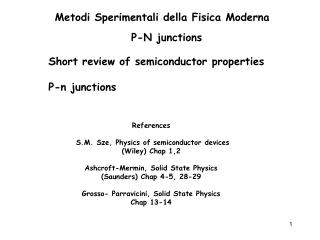 MEMORY DEVICES - . week 13. basics of semiconductor memory. memory is the portion of a system for storing binary data in

Lectures on the Basic Physics of Semiconductors and Photonic Crystals - . references 1. introduction to semiconductor