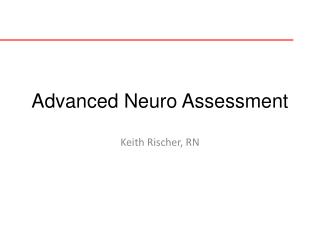 Neurological and Neuro-trauma Assessment - . the society of neurological surgeons bootcamp. 6 essential parts of a

Advanced Patient Assessment - . delegated medical acts and the paramedics role. licensed vs certified (a review) base

Advanced Cyber Security Assessment - If you are looking an effective solution for cyber security, then gxc inc. is the

Neuro Elite: Advanced Brain booster with NO side effect!! - Neuro elite is a mind supplement that aids you to obtain your