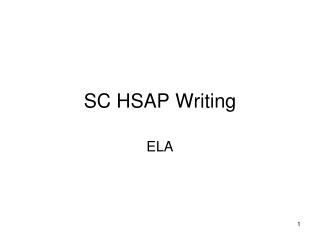 HSAP Student Presentation - . originally created by dianne g. butler modified for sjhs in 2010. success for all. what is