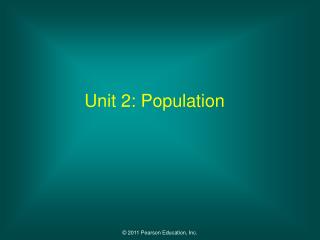 Unit 2: Population. Critical Issues in Population Geography. More people are alive today than at any other time in human history The world’s population increased at a faster rate during the second half of the twentieth century than every before.