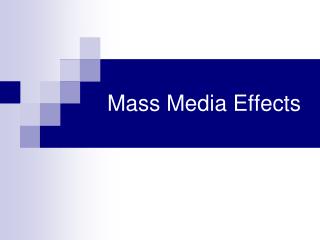 Mass Media Effects. Hostile Media Effect: some feel that media coverage is biased against opinions on issues. Research has shown that hostile media effect is not just differences of opinion but a difference of perception. Theories of mass media effects - . what ’ s a theory?. research study. in groups of 4/5, calculate your groups ’