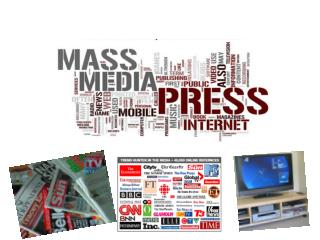 Mass Media. Mass media is a broad concept. It includes radio, television, newspapers, magazines, Internet and else. It informs us about current affairs in the world. It educates us, gives a possibility to learn something new. Millions of people watch TV every day, listen to MASS MEDIA - . what is mass media ?. all media technologies used for mass communications organisations which control

Mass Media - . overview for the year. the relationship between ownership and control of the mass media. • private and