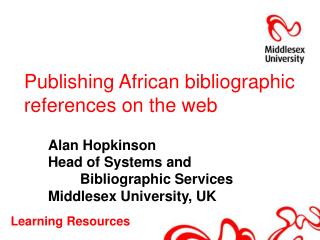 Database Publishing on the Web: An Overview - . objectives. after completing this lesson, you should be able to do the

Basic Web Publishing - . m. scott gartner sgartner@primenet.com 7/15/98. introduction. what will i be covering? what

Web Publishing I - . introduction to html and the web publishing process. who am i &amp; who are you?. me: diane

Tutorial: Web Publishing - . web publishing. web pages are stored on a web server: a computer with a unique web address,

Web Publishing Architecture - . look at the various components of web publishing, many of which are common to most web

Web Links Photos references - . philosophy. 10 ways to get your students respect every child can learn given sufficient

Web page publishing: START - . the tool that we use for web page development is dreamweaver 4.0 trial version. you could