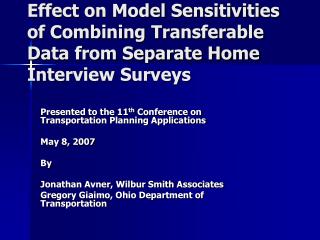 How to Create Surveys to Read Your Audience's Minds - How do you know exactly what your audience wants? ask them!

INTERVIEW - . interview types. second interviews you passed the first interview with flying colors and you just got a

HOME CARE - . the heart of the practice. lecture objectives. to define “home care” to define the role of the family

Types of Surveys - . cross-sectional surveys a specific population at a given point in time will have one or more of the

Classification and Prediction - . bamshad mobasher depaul university. what is classification?. the goal of data

The Interview Process - . by:brittany mcdonald and ryan lasane. objectives. before the interview at the interview