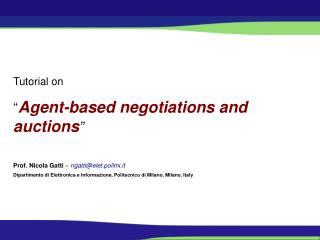 Protege Tutorial - . based on protegeowltutorial at protege website. what is protege?. protege is a free, open-source

Multi Agent Systems - . content. introduction to the theory of multi-agent systems a brief summary of the project

Career as LIC Agent - . by. kamlesh gurbuxani, cfp cm development officer lic of india. stand out from the crowd. this