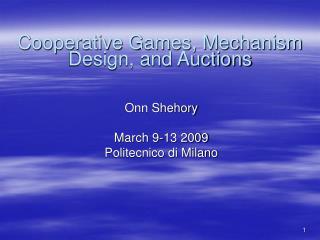 Lecture 2 Auction Design - This lecture derives bidding rules for some auctions where there is incomplete information,