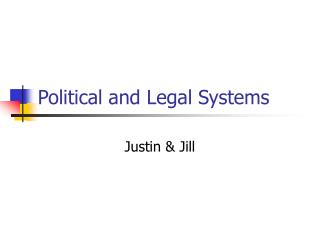 AP Comparative Government - . gopo review: uk quiz #1. contestants do not forget to always phrase your question in the

Legal Systems Very Different - . many societies, many times and places all have legal systems, broadly defined all face

National Differences in Political Economy - . chapter two. political economy. a term that stresses that the political,

CHAPTER 2 International Law and the World’s Legal Systems - . what is international law?. “a rule… that has been