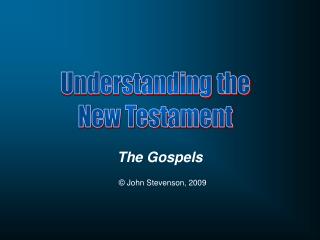 Understanding the New Testament. The Gospels. © John Stevenson, 2009. The Quadriga . A four-fold method of interpretation . The literal is the plain obvious meaning. The moral was what it meant for human behavior.