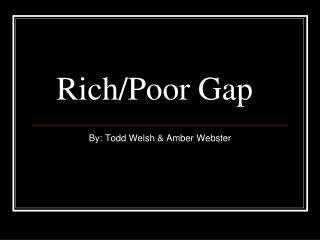 Economic Impact of Poor Power Quality on Industry Nepal - . october 2003. adopted from the internet for educational

Countries - . rich and poor. why are some countries rich while others are poor?. daniel s. taylor-roman. research

Sri Ramakrishna - Is a great saint of india , his philosophy and teachings inspire the rich and poor

Rich and Poor in Tudor Times - . portraits which portraits show rich tudors?. this is a portrait of a ______ tudor. i

Chapter 9 - . development. rich and poor. the world is divided between relatively rich and relatively poor countries.