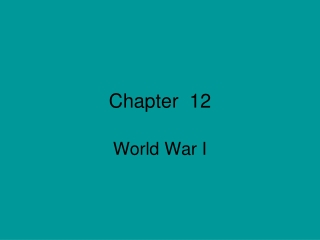 Chapter 12. World War I. Underlying (long-term) Causes of World War I. 1 . Nationalism - One type of nationalism inspired the great powers of Europe to act in their own interests. Another emerged as ethnic minorities within larger nations sought self-government.