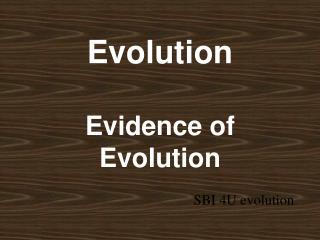 Viral evolution and pathogenesis - . the use of hpc/grid technologies to make intelligent biological inferences. outline.

Natural Selection, Evolution &amp; Implications for the Conservation of Wildlife - Evolution it’s the process that

Chapter 22: Descent with Modification - A Darwinian View of Life - . essential knowledge. 1.a.1 – natural selection is

The Evolution of Prokaryotes