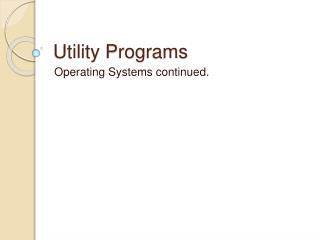 The Utility Programs: - . the system programs which perform the general system support and maintenance tasks are known

Utility programs and scripts - . thomas herring tah@mit.edu. utility overview. in this lecture we look at a number of