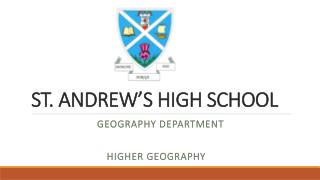 Michigan High School Survey - . among students who rode a bicycle during the past 12 months, the percentage who never or

Academic world quest 2009 - . we wish to thank the staff of the henry a. wallace center at the fdr presidential library

Getting the Most Out of High School - . september 12, 2012 bremen high school guidance department. education acronyms.

How to Dress for High School Graduation - Tips for Girls - For you to achieve your goals in life, so you go to a new