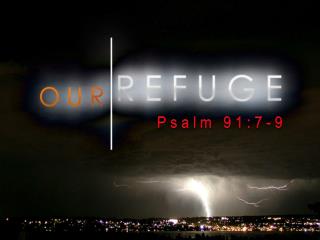 Psalm 91:7-9. Lord’s of the Earth by Don Richardson Circular Walls Walls of Refuge Cities of Refuge Used to explain the Gospel Redemptive Analogy That is what it is like when we are in the Lord’s refuge . “When I consider your heavens, the work of your fingers, the moon and the stars, - 1. the heavens declare the glory of

Difficult Passages In Hebrews - . what are we to make of the writer’s use of the ot? he seems to quote various ot texts

The Character of a Godly Man Psalm 112 - . happy father’s day! the bible gives us clear characteristics of what god is

Welcome to OUTGOING - . psalm 45 a wedding song . 1  my heart is stirred by a noble theme as i recite my verses for the

7th Sunday in ordinary time - . psalm 95. come let us sing for joy to the lord let us shout to the rock of salvation let

In the Beginning: Science and Genesis 1-11 - . “if the foundations are destroyed, what can the righteous do?“ psalm

Unity Of The Spirit - . in the bond of peace. 1. introduction to unity. psalm