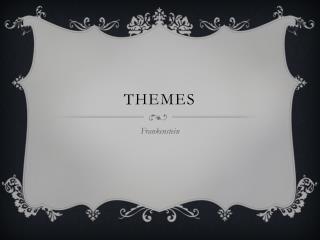 THEMES. Frankenstein. Dangerous knowledge & Ambition. Knowledge leads to advances in technology, but is that a good thing?