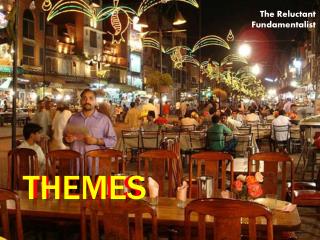 The Reluctant Fundamentalist. Themes. Themes. empires often contribute to their own demise, by overstretching themselves, by alienating their citizens, or by losing control of their fringes America’s empire???What? How? Why? Erica: sexy, creative, magnetic, celebrity-like