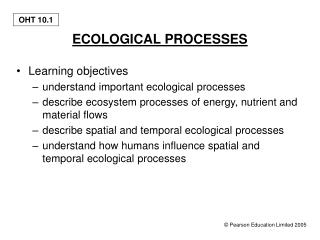 Processes - . cmsc-421 operating systems principles chapter 2. the process model. all the runnable software on the

Ecological Imperialism - . ecological imperialism. this is the story of how a few europeans…. hernan cortes. c.