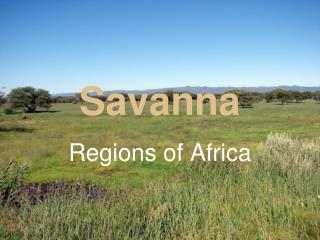 Savanna. Regions of Africa. Savanna. A savanna is a rolling grassland scattered with shrubs and isolated trees Not enough rain falls on a savanna to support forests. Savannas are also known as tropical grasslands.