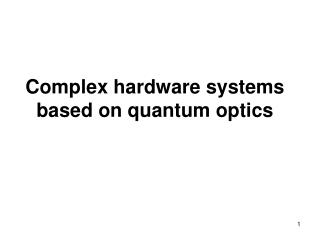 Quantum optics - . eyal freiberg. question no.1. derive the condition for lasing: the equations for the two

Astronomical Applications of Quantum Optics - . this talk originates from a study ( quanteye ) performed in 2005 in the