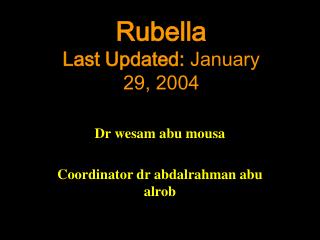 Rubella - . anatomy paige hopper. what is this

These slides have been produced by the REF team, and were last updated on 30 January 2012 - They provide a summary of