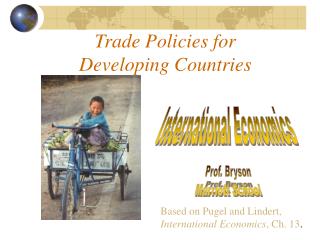 Trade Policy in Developing Countries - . developing countries according to the imf (” graduated ” economies in red).

Ch 8 – Trade Policies for Developing Nations - . government’s view of the economy could be summed up in a few short