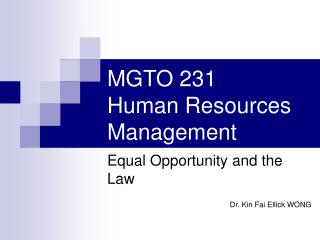 MGTO 630C Staffing and Managing Human Resources - Please note: this is only a preliminary version of the file that will