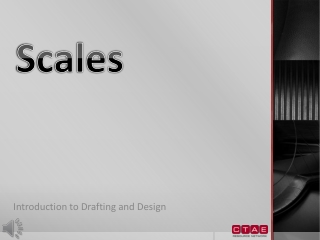 Scales. Introduction to Drafting and Design. What is a scale?. Scale. There are two different meanings for the word scale The size to which an object is drawn An instrument with a system of ordered marks at fixed intervals used as reference standards in measurements.