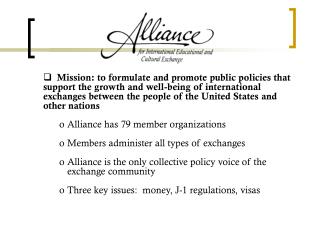 Mission: to formulate and promote public policies that support the growth and well-being of international exchanges between the people of the United States and other nations Alliance has 79 member organizations Members administer all types of exchanges