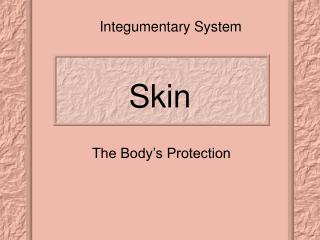 Skin - . the largest organ of the body 1 mm to 2 mm thick almost 2 square meters 6% of a person’s body weight.

Skin - . functions / disorders and burns. the nail. nails- produced by epidermal cells over terminal ends of fingers and

Skin - . the object of this presentation is to learn and identify skin lesions. describe the patient’s skin. normal

Skin - . to vendors, hello my name is salena harris and i am the owner of tos events &amp; coordinating service. i

SKIN! - . skin – your epidermis is showing!. the skin is the largest organ in the human body we gain a lot of

SKIN - . surface epithelia are traditionally classified according to three morphological characteristics: the number of

Skin - 4 week. skin it consists of epidermis which is the superficial epithelial tissue. it derived from surface

Skin - . rendering review. rendering. renderable surfaces are built up from simple primitives such as triangles they