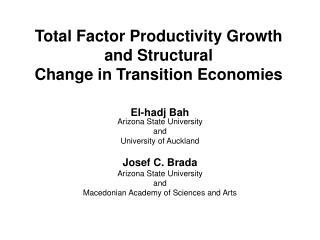 Total Factor Productivity - . analytical exercises. simple vs. compound interest rate. if you have a time deposit and

Privatization in Transition Economies - . i. the reform of enterprises enterprises under central planning a) size of