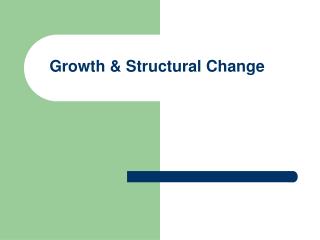 GROWTH AND DEVELOPMENT INFANCY 0-3 YEARS - . throughout our lives we grow and develop. we change from being helpless

Transtheoretical Model (Stages of Change) - . stages of change. principles of change. based on a variety of psychological

Humans are 0.1% different - . : 80% of this is from small scale structural variants in our dna : the snps ( pronounces

A Plan for Growth - . pacific coast natural foods. background. we are excited about our acquisition of idaho foods, a