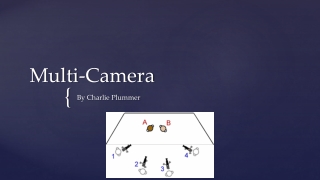 My Multi-camera production - . proposal- battle of the celebs. my developed idea will be a mixture of a game show and a

Ideas For Multi-Camera Chat Show - . by emma phipps. overview of chat show. this chat show is aimed at 13-16 year

Multi-Camera, Multi-Microphone Speech Recognition in a Moving Car - . mark hasegawa-johnson thanks to the motorola