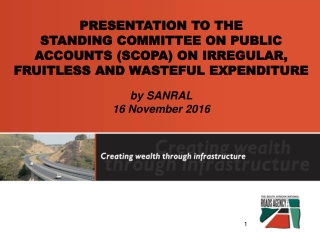 Contents - Presentation to the portfolio and select committees on women, children and people with disabilities: