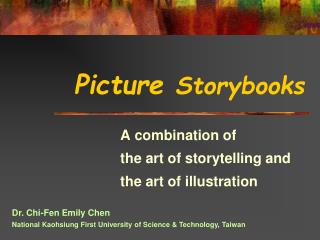 Part One - . warm-up. enter. warm-up. contents. picture description quotations on thinking what is your story? . picture

God’s Big Picture - . tracing the storyline of the bible. introduction. david and goliath. what application would you

“Tears of Autumn” - . yoshiko uchida. about the author. wrote 27 picture books, including picture bride, journey to

Next picture  &gt;&gt; - Auschwitz 60 years since the liberation forbidden to forget next

The Functions of Illustrations in Picture Storybooks - . adapted from childen ’ s literature, briefly, by tunnell

What does a scientist look like? - . picture a scientist at work. picture in your mind details in the scene. what is the

Awareness of Self and Others - . name goes here. lesson 1. who am i?. i have many strengths. picture or graphic goes

The Van Bliven Necklace - . how to solve the mystery. always read the story first. it supplies you with vital clues. read