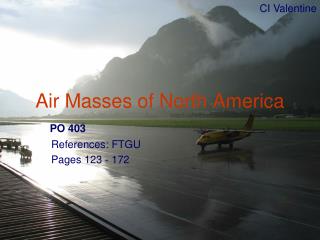 Chapter 22 - . atmospheric forces. a total eclipse of the moon occurs during the night of wednesday, february 20/21,

Exploration and Expansion - . sol4. basic geography facts that are important to the age of exploration. can you name the

Chapter 7 - . history of us and canada. north america before the europeans. native americans came to north america

U.S History E.O.C.T . Part I Colonization to Constitution - . domain i standards 1 - 5. settlement of north america in

South American Geography - . enter. first, lets get acquainted with the globe…. we will be studying this continent. hom