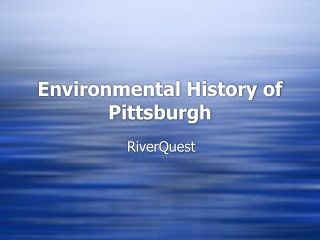 Environmental History - . ee2. “the history of humanity’s relationships to the environment provides many important

Best Restaurants In Pittsburgh, PA – How To Find One - No matter what the occasion or plan, only the best restaurant in

Pittsburgh Car Accident Attorneys - If you have suffered a serious injury in a pittsburgh area car accident call the ogg,