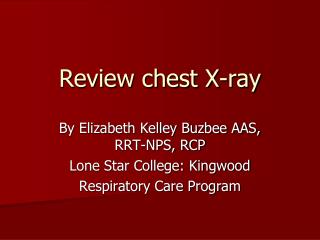 The Chest X-Ray - . dr mohamed el safwany, md. intended learning outcome. the student should learn at the end of this

Nursing Management of Chest Drains - . module 9 m.lynch. rationale for insertion. to overcome the accumulation of air or